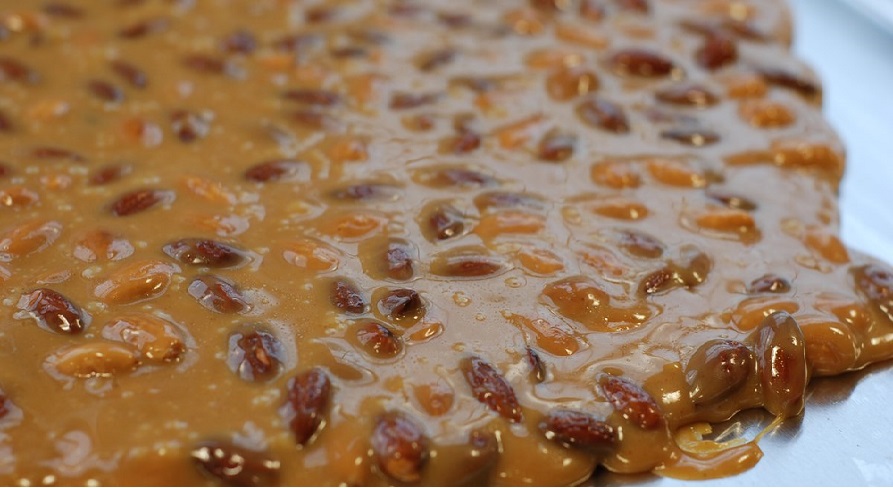 Toffee is a confection made by caramelizing  sugar or molasses (creating inverted sugar) along with butter, and occasionally flour. The process of making toffee requires the boiling of ingredients until the mix is stiff enough to be pulled into a shape which holds and has a glossy surface, approximately 300 to 310 degrees Fahrenheit. The resulting mixture will typically be poured into a shallow tray and allowed to cool to form a slab. Different mixes, processes, and most importantly, temperatures, will result in different textures and hardness’s, from soft and often sticky to a hard, brittle material. A brown color, and smoky taste, is imparted to the toffee by the caramelization of the sugars.

A popular variant in the US is English toffee, which is a very buttery toffee often made with almonds. It is available in both chewy and hard versions. Although named English toffee it bears little resemblance to the wide range of confectionery known as toffee currently available in the United Kingdom.