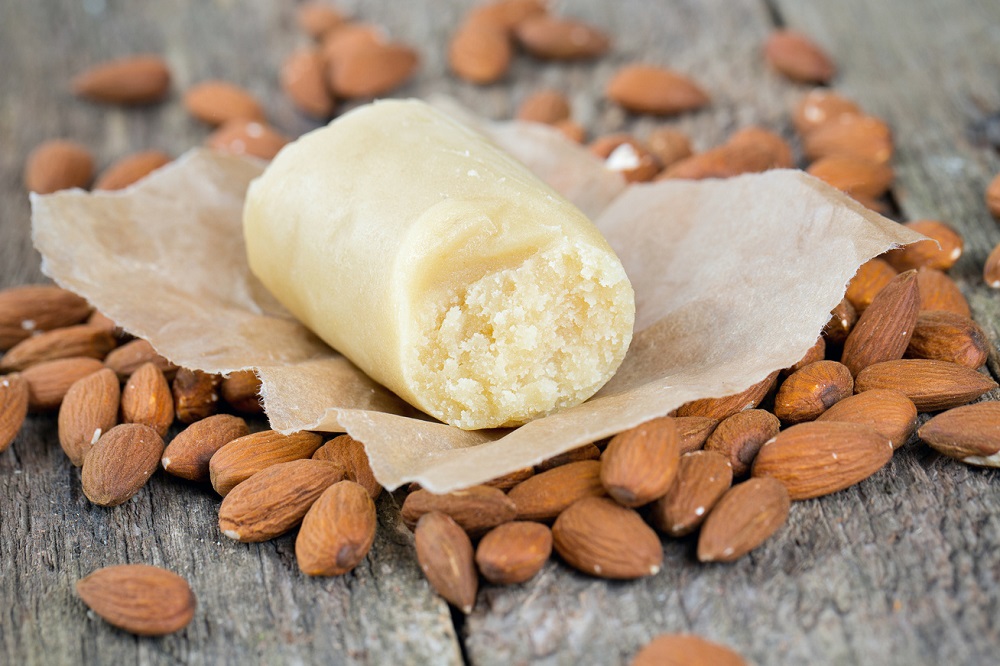 Marzipan is a confection consisting primarily of sugar or honey and almond meal (ground almonds), sometimes augmented with almond oil or extract. These ingredients invite friendships with almost every other voluptuous taste and flavour. The invention of marzipan is usually attributed to Lübeck, Germany. Legend has it that during a 15th century famine when flour for making bread became scarce, the senate of Lübeck ordered bakers to create a replacement.

They say that confectioners of an old Hanseatic city of Lubeck (Germany) know nearly two hundred recipes: marzipan with oranges, pineapples or rum. True connoisseurs know that marzipan is made according to a complex formula and, ideally, contains at least 28-33% of almonds. Almonds themselves must be of high quality.

Due to the almonds it contains (the source of lecithin), marzipan stimulates the nerve cell activity and is recommended as an “energy bomb” to those engaged in hard work, as well as to pupils and students preparing for exams. Marzipan gives you energy without harming the body unlike some modern “energy drinks.”