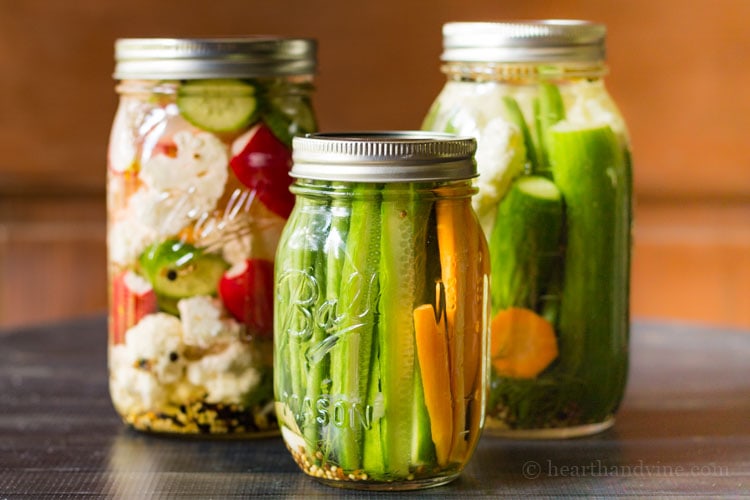 Patty Pan Squash:  Pickling squash is common in eastern European countries. The Seattle Times did an article on a local Brewery that uses many of these marinated vegetables in their ‘loaded’ bloody mary.

White Asparagus:  To cultivate white asparagus, the shoots are covered with soil as they grow, i.e. earthed up; without exposure to sunlight, no photosynthesis starts, and the shoots remain white.

Marinated tomatoes are used either like ketchup or as a sauce in a baked dish.

Varieties of cabbage:  Scandinavian cabbages typically have an acidic fruit like black currant added to keep the color of red cabbage red or caraway and sugar for a savory taste.

Salsify:  The root is noted for tasting of oysters, from which the plant derives its alternative name of oyster plant; young roots can be grated for use in salads, but older roots are better cooked, and they are usually used in soups or stews.

Onions:  In the UK, Pickled onions are a common accompaniment to luncheon plates.