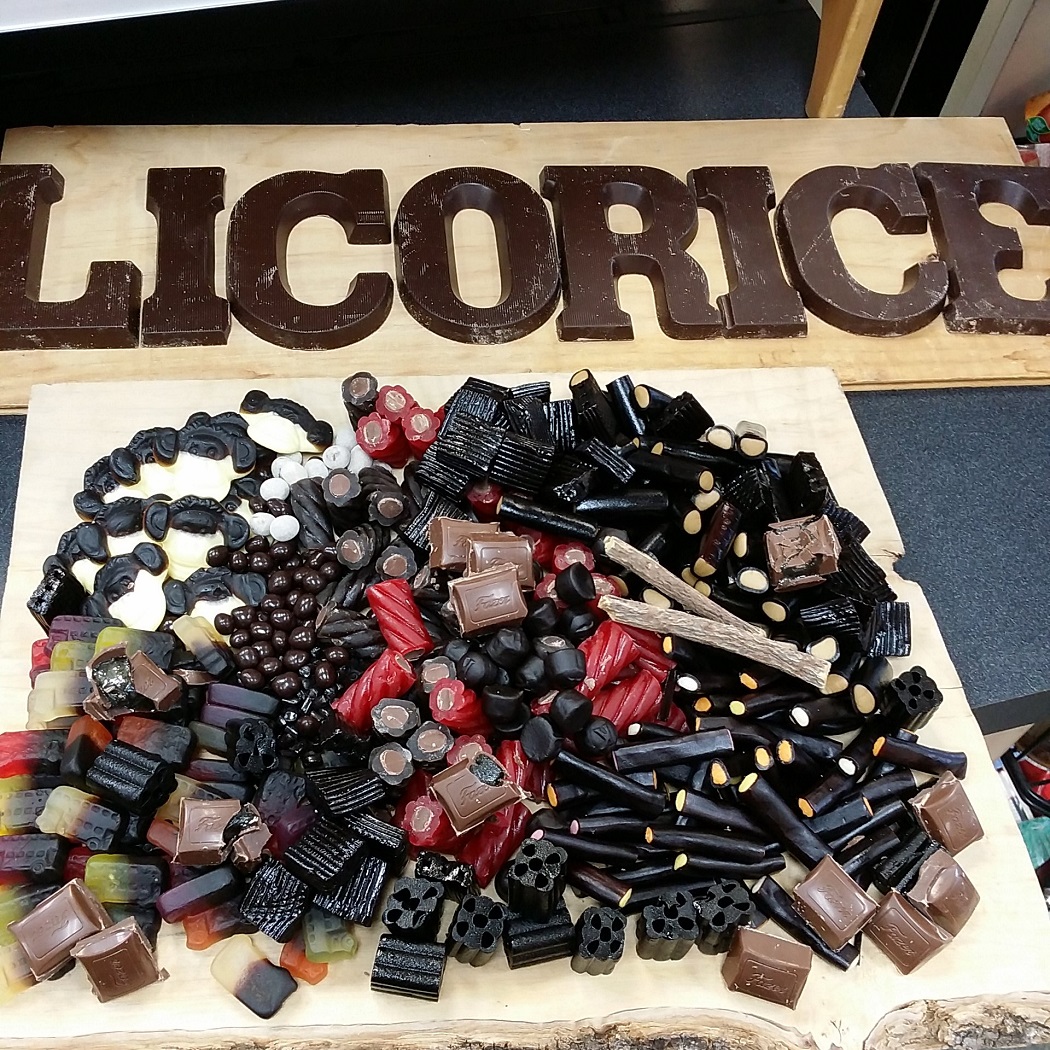 The exact origins of licorice growing in England remain uncertain. However, there are records of monks growing the crop for the gentry beginning in the early 16th century.  By the 18th and 19th century the root was being used to flavor water and confectionary experimentation had begun stemming from the town of Pontefract where the crop was grown.  Pontefract is home to both an annual licorice festival and a licorice museum.

Between AD 50 and 70  Dioscorides wrote a five-volume book in his native Greek, known in Western Europe more often by its Latin title De Materia Medica ("On Medical Material"), which became the precursor to all modern pharmacopeias.   In the volumes he coined the term ‘Sweet Root’ for licorice root which is still in common usage today.

Alexander the Great supplied his troops with rations of liquorice root whilst marching because of its thirst-quenching qualities.

‘Salty’ licorice for the most part is actually flavored with ammonium chloride which tastes more of ammonium than salt.

In Scandinavia and northern Europe they call licorice with ammonium chloride  salmiak or salmiakki.

The combination of ammonium chloride  and licorice root has a history of being used as a cough medicine, it is unclear who first combined the two. One of the most famous still in production is IFA pastilles from Norway which was formulated for and endorsed by the opera singer Ivar F. Andersen in 1930.

Native Americans used the root food and for medicine. In fact, Meriwether Lewis commented that it tasted like a sweet potato after trying licorice root.  The root is approximately 40 times sweeter than sugar.