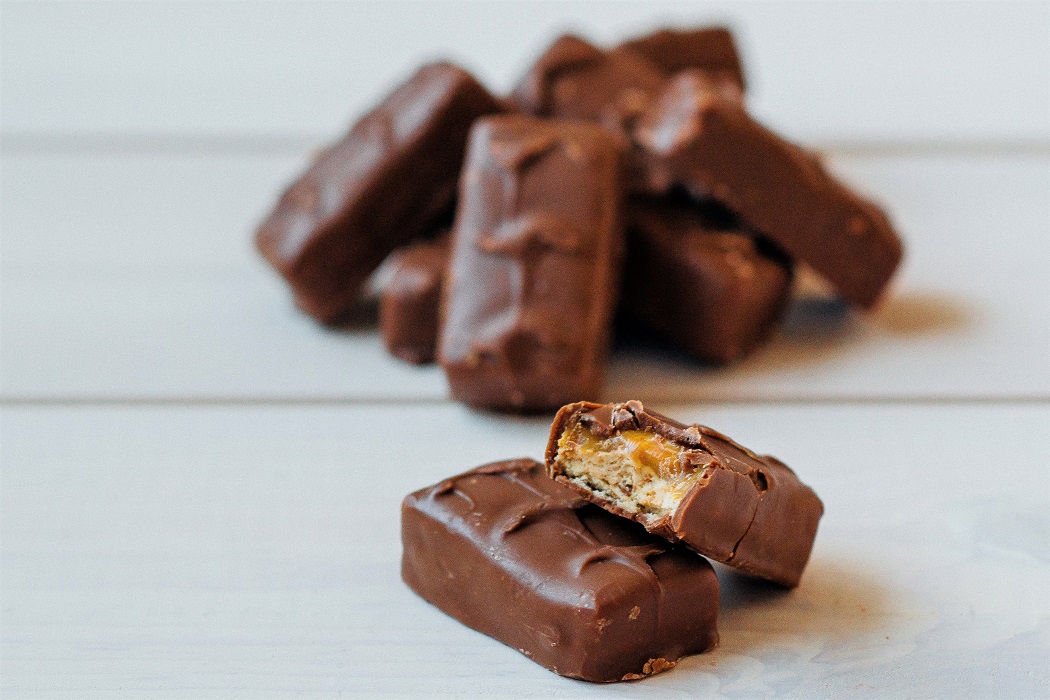 Delicious Specialty Candy Bars both imported and from the United States.

The earliest recorded candy bar was made in 1847 by Joseph Fry, a Quaker from Bristol, England. During much of the nineteenth century, British Quakers could not join the military or attend Anglican universities, and many sought their fortune in business instead. Chocolate manufacturing expanded in England through the rest of the century, led by businessmen such as York's Joseph Rowntree and Joseph Terry, and Birmingham Quaker John Cadbury.

Candy bars were originally made from only cocoa powder and sugar. During the latter part of the nineteenth century, confectioners began to experiment with other ingredients. Swiss confectioner, Henry Nestle, added milk to his chocolate recipe to reduce the bitterness of the cocoa. Rodolphe Lindt, a Swiss confectioner and inventor, began adding cocoa butter as an ingredient in 1879. The addition of cocoa butter allowed the chocolate bar to keep its shape and melt in the mouth. In the United States, immigrants who arrived with candy-making skills drove the development of new candy bars. Milton S. Hershey, a Pennsylvania caramel maker, saw a German-manufactured chocolate-making machine at the 1893 Chicago World's Fair. He immediately ordered one for his Lancaster factory and produced the first American-made milk chocolate bar.

The chocolate bar became popular during World War I, when the U.S. Army commissioned a number of American chocolate makers to produce 40 pound blocks of chocolate. These were shipped to Army quartermaster bases and distributed to the troops stationed throughout Europe. When the soldiers returned home, they demanded chocolate, and the future of the candy bar was assured.