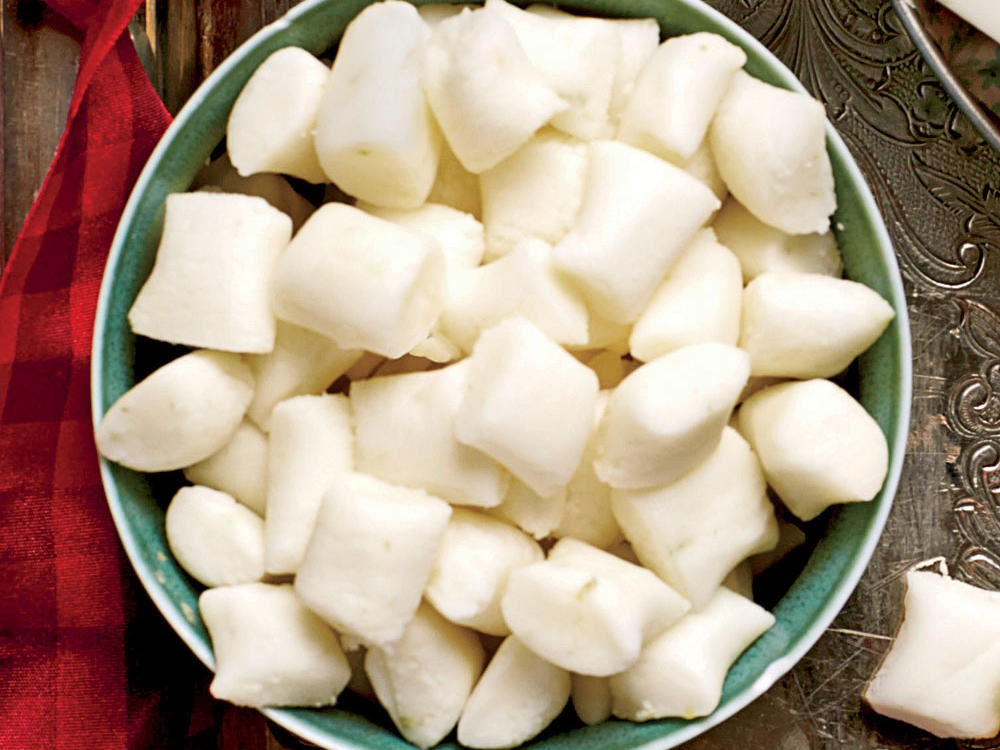 A scotch mint or pan drop is a white round candy with a hard shell but chewy middle, Perfetti Van Melle Mentos are an example of this type of mint.    Hard Candy shell Mints with soft or chewy fillings- Fox’s Glacier Mints, Mint humbugs

The Seely family began raising mint in the early 1940s in Fargher Lake, Washington, north of Battle Ground. LeRoy and Nettie, along with sons Warren and Harley were among the first in Washington State to plant peppermint to produce essential oil. These early operations were very labor intensive: pitchforks were used to load the cut mint onto trailers for the trip back to the still. The first year they even used a wood-fired boiler! We do carry the Seely mint oil as well.

Hard Mints are just that, hard discs or balls of breath freshening or digestive aiding candy that contains a mint oil or extracts.

In France Flavigny mints are made in a dragee process starting with a single green anise seed: Over a period of 15 days, it is covered with successive coats of flavored sugar syrup. The finished candy is always called "Anis" by its makers, even when the flavor is one of violet, rose, mint, jasmine, licorice, or orange instead of anise

Sir Edmund Hillary and his team carried Quiggins Kendal Mint Cake with them on the first successful ascent of Mount Everest in 1953 thereafter it became known as a supplier of energy for outdoor enthusiasts.

Tidbit:  Sen-Sen was a type of breath freshener originally marketed as a "breath perfume" in the late 19th century by the T. B. Dunn Company and then produced by F&F Foods until they discontinued the product in July 2013.