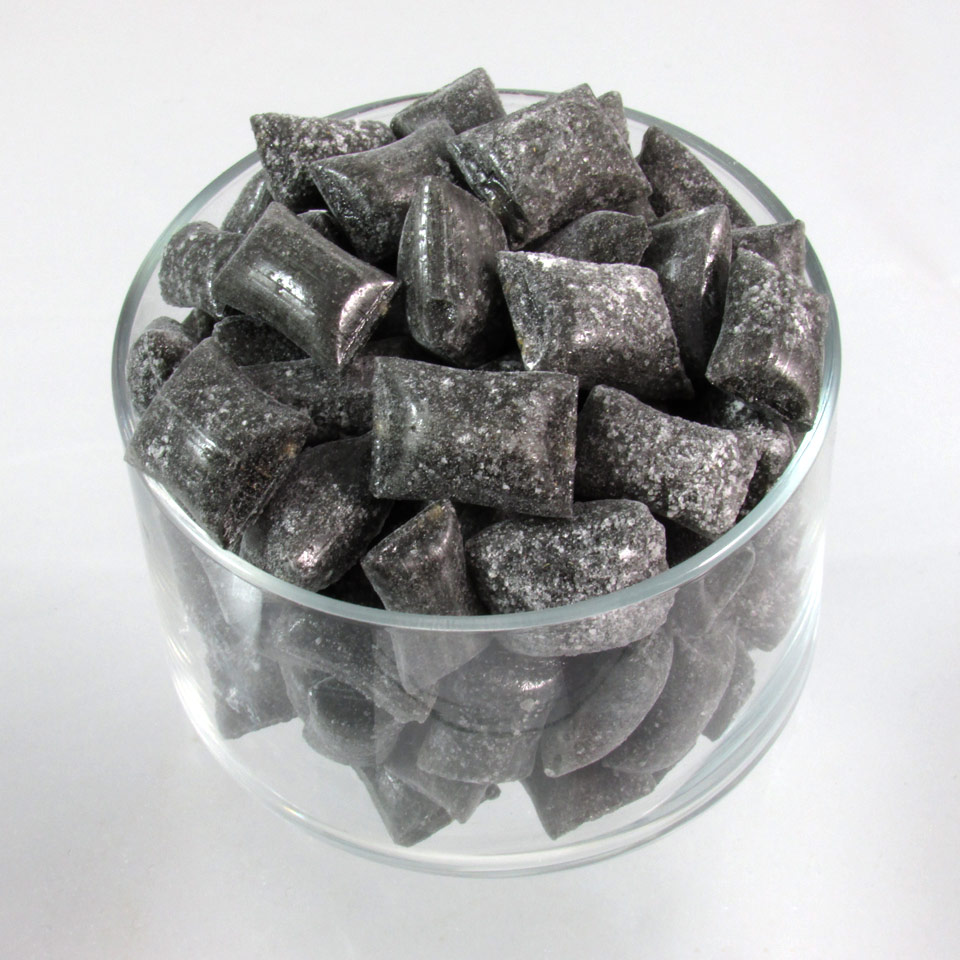 The most common ingredient that makes licorice taste salty isn’t salt, it is ammonium Chloride!

Salty licorice can also be just formulated just salt, or sea salt without any ammonium chloride.   When you try them side by side like in the Norwegian IFA: Super Salt Mix of Salt Lakris, Salmiakk, and Pepper-Lakris, you can defiantly begin to understand the nuances of ‘salt’.

Founded in 2011, Jacobsen Salt Co. was the first company to harvest salt in the Pacific Northwest since Lewis & Clark built their salt works in 1805.  They began to hand craft black salty licorice caramels and set the bar for US salty licorice production!